GoPro cameras are great action cameras. They are designed to capture video or photos when you are surfing, diving, skiing, or biking. One question that people have is whether or not you can zoom with them. The latest models do offer zoom, but it is a digital rather than an optical zoom. This leads to some limitations.

What Kind of Zoom Feature Is on the Newer GoPro Cameras?

Some of the newer models, including the Hero 9 and the Hero 8, have zoom and you can use it for photos or videos. However, the zoom is digital rather than optical.

The way it works is that the software will narrow towards the center of the frame. Other types of cameras with zoom have lens optics that change to zoom in on subjects, but the GoPro has a fixed lens, so this is not possible. 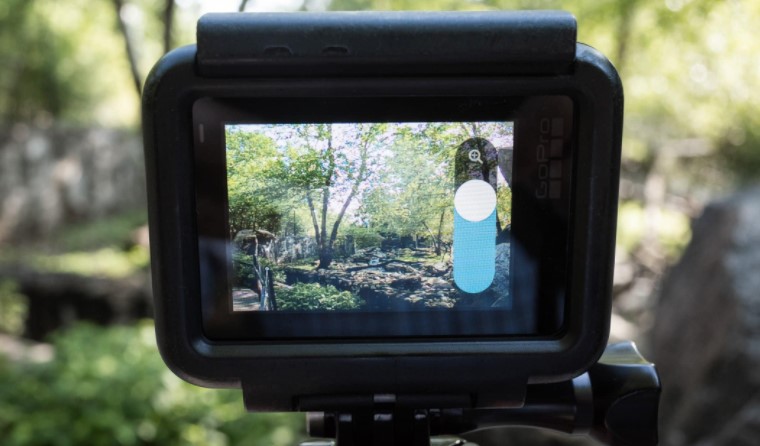 Although they call it digital zoom, it is actually more similar to cropping the image. The software in the camera narrows the image data. It makes the image appear closer and larger, but you lose some sharpness because it has the same image data as it would before it is modified.

The reality is that if you are taking photographs, you can get the same results by editing your photos after you transfer them into your app. However, it can be beneficial if you are taking videos. The video file will be saved at the resolution that you want, so it is easier to share the video or to edit it.

Which GoPro Cameras Have the Zoom Feature?

The newer GoPro models offer digital zoom, including the following:

How Does the Zoom Work on the GoPro?

If you have a GoPro camera with digital zoom, you will use a slider on the screen to zoom. It is less accurate than other types of zoom cameras, so you need to work at it to get the effect you are looking for.

You will see a magnifying glass on the bottom right corner of the screen. When you touch it, a bar will appear with a slider that you can move up and down to zoom in and out. It is important to note that you can only set the zoom before you take your photo or video.

You can’t change the zoom feature while you are shooting a video, so you need to set it before you start recording. You can stop the video, change the zoom, and then start it again. Another limitation is that you can only adjust the zoom on the screen. It is not available through the remote or the GoPro app.

What Else Should You Know About the GoPro Zoom Feature?

First, you need to understand that although the GoPro models that have zoom do allow you to enlarge your images, it is a digital zoom rather than an optical zoom. It doesn’t work with the RAW image format, so you can only use it when you are shooting JPG. In addition, it won’t work when you are using some different modes for shooting, including time-lapse photo, time-lapse video, and burst mode.

Another important fact is that you can’t use it when you are recording video in 4K resolution. It is only available for videos up to 2.7K. If you want to zoom while recording a video, you have to set the zoom before you start recording.

You won’t be able to change it while you are recording, but you can stop recording, change it, and then start recording again. Finally, you will only find the zoom slider on the touchscreen. In other words, it isn’t available on the remote or through the GoPro app.

What Is the Difference Between Digital Zoom and Optical Zoom?

The type of zoom that people are more familiar with is optical zoom. When you use a standard camera with a zoom lens, you can adjust the lens optics by moving the lens barrel. When you zoom in on an image, the size of the subject is enlarged. The image will still be clear and high-quality because the zoom lens captures these details. 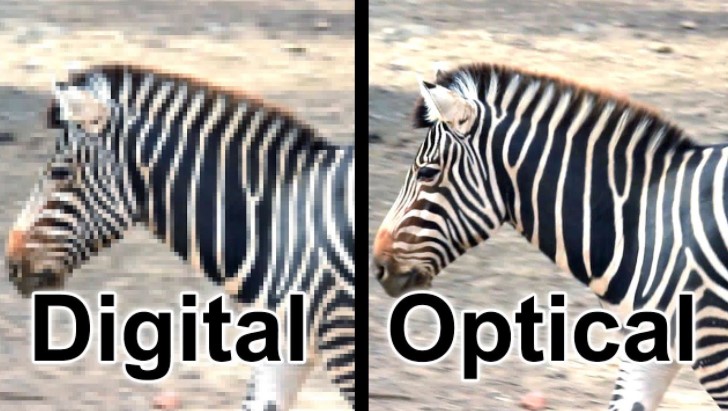 When you use digital zoom, you are using the software in the camera to enlarge the image. This is similar to cropping. The image has the same data, but it narrows the area around it so that the image appears larger. Sometimes these images aren’t as sharp for this reason.

The GoPro models that have a zoom option use digital zoom. You won’t be able to use optical zoom because they come with a fixed lens, so it is different from what you may be used to. If you are doing a video, you can make the subject larger on the screen, so people do use this feature.

People often ask whether a GoPro camera has zoom. The newer models do have zoom, although it is digital zoom. This is different from the optical zoom you may be accustomed to. In essence, the way it works is that software in the camera causes the screen to narrow, which makes the image appear larger.

It is very similar to the effect from cropping. You can achieve this effect when you edit your photos after you finish taking them. You access the zoom by moving a slider on the screen, but you won’t be able to make changes to the zoom while you are recording. If you are looking to zoom and enlarge your images on your GoPro, you can do it on the newer models.