As technology advances, images can be produced with higher quality and greater clarity. They come up with new terms, such as 4K or 8K, but people don’t always know what they mean. When you hear about an item such as a television, camera, or monitor, it is usually described in terms of its resolution.

The resolution is simply how many pixels are on the screen, and megapixels are each one million pixels.

What Is 4K Resolution? 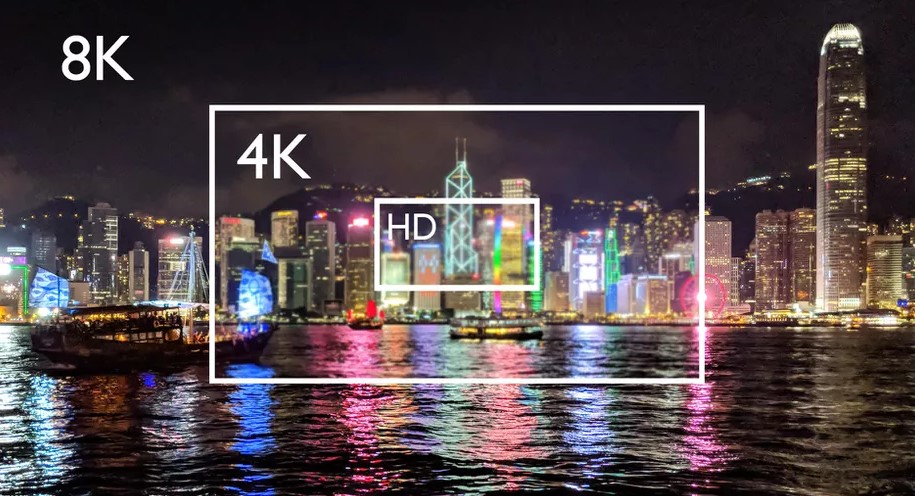 How Many Megapixels Is 4K?

Why Do People Need 4K?

The main reason that people want 4K is that televisions are getting bigger and bigger, and higher resolution, or more pixels, gives you a more clear image. 1080p was popular for years and it looks good on a screen up to 65 inches. However, 4K can produce an even sharper image because there are more pixels.

It is important to remember that the resolution doesn’t change. If you have 4K resolution, it is the same number of pixels whether the screen is 32 inches or 65 inches. While the number of pixels stays the same, the pixels per square inch changes. As the size of the screen becomes larger, the pixels are spread further apart. This is what leads to a need for higher resolution to maintain the same crisp, clear image.

What Is 8K Resolution?

8K is the newest technology, and it means that the screen has more pixels. It has 7680 x 4320. There are a few televisions with 8K on the market, but it isn’t very common yet. 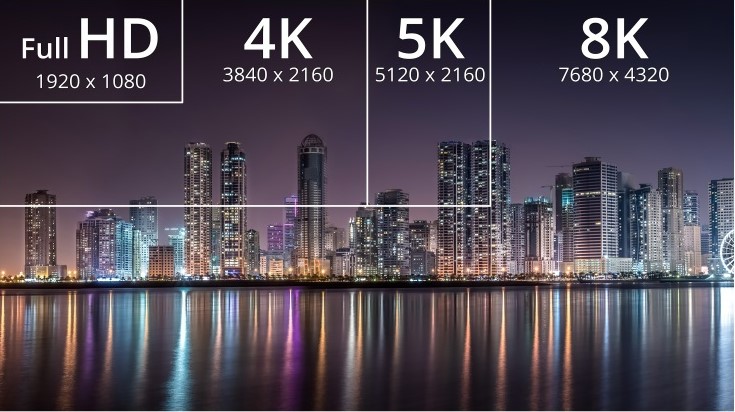 The primary reason is that there isn’t a lot of 8K content. No matter what resolution your screen is, it can’t make the content have higher resolution than it is made with. 8K resolution has 33,177,600 pixels, which is 33.18 megapixels. However, it will take some time before these televisions become more common.

What Is the Difference Between 4K and UHD?

4K televisions have become the standard, and there are two terms that people refer to as 4K: 4K and UHD. UHD is also called Ultra HD. Although people use the term 4K for both, they aren’t the same. 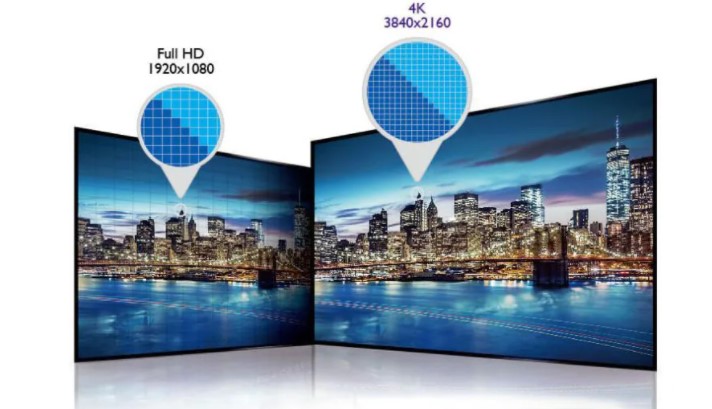 It is easiest to understand the difference by looking at what they are. 4K is a standard for professional production and cinema, and UHD is the broadcast standard and consumer display standard.

4K was coined by the Digital Cinema Initiatives for the production of 4K content. It is 4096 x 2160pixels, which is exactly four times the former standard, which is 2K (2048 x 1080). They coined the term 4K because the horizontal pixel count is about 4000 pixels.

You may wonder why they are both called 4K, and the likely answer is that 4K is simpler for marketing purposes. They are starting to call UHD televisions 4K UHD. What’s interesting is that former resolutions went by the second number. So, 1080 is actually 1920 x 1080.

With 4K, they are using the first number instead. It is possible that they did this to create less confusion. 2160 is the second number for 4K, and it is twice as high as 1080. The issue is that 4K is actually four times the resolution, so they named it this way.

Does a 4K Television Show All Content in 4K?

A megapixel is equal to a million pixels, and the resolution of a screen refers to how many pixels it produces. 4K produces 8,847,360 pixels, which is 8.85 megapixels.